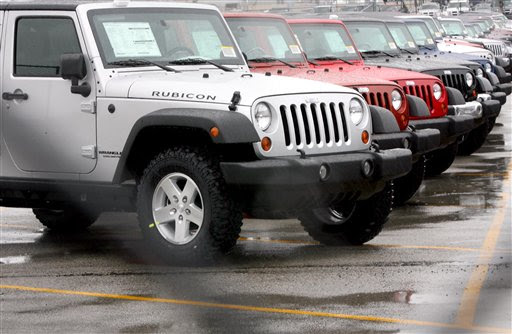 7. Jeep Wrangler
Number reported stolen: 643
Some recent news reports erroneously named the Cadillac Escalade as the most stolen vehicle. In reality, the Escalade never attained a ranking higher than number 11 of the 25 makes and models stolen each year.
(AP Photo/Madalyn Ruggiero) 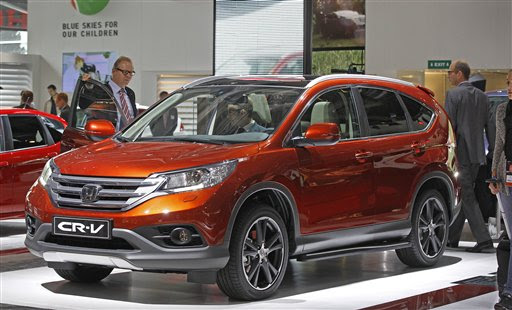 6. Honda CR-V
Number reported stolen: 643
SUVs, like the number six most stolen SUV the Honda CR-V, are typically built on a pickup truck platform. They were originally designed to combine the passenger space of a minivan or large sedan with the utility and towing capacity of a pickup truck.
(AP Photo/Remy de la Mauviniere)

Posted by First Service Insurance at 11:30 AM